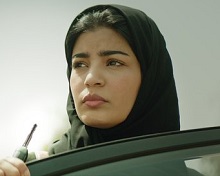 The UK distributor is enabling audiences who stream films through its own website to choose a participating cinema, from the dropdown menu, which will then benefit directly from an undisclosed percentage of the film's purchase price.

Modern Films has 22 cinemas participating so far, with more expected to join.

The scheme was launched with the early release a few days ago of  Haifaa Al-Mansour’s The Perfect Candidate (pictured) as an on-demand title, rather than the previously-planned cinema release.

Modern Films' managing director, Eve Gabereau, said the company was "thrilled to be able offer this to cinemas and hope that audiences will actively respond to the alternative offering to them from home."

The partnering filmhouses on board so far are: