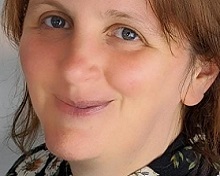 As well as heading up the news and current affairs programming, Compton will also oversee sport, with head of sport Pete Andrews reporting into her.

Her role will take effect from 1 May, when Byrne moves to a year-long role as editor-at-large, a specially-created position.

Compton joined the PSB in 2018 as commissioning editor for news and current affairs, where her credits included Dispatches, Trump’s Plans for the NHS and Growing Up Poor: Britain’s Breadline Kids.

In 2019 she oversaw the channel’s general election coverage and recently led the current affairs department’s response to the Covid-19 pandemic, where she commissioned a variety of fast-turnaround content.

Ian Katz, C4’s director of programmes, said: “Dorothy Byrne is a very hard act to follow but if anyone is equipped to it’s Louisa.

"She has a remarkable combination of news experience, eye for a story and creative flair that won her multiple awards as a programme editor and has helped her make Dispatches the hardest hitting current affairs programme in Britain.

“She will be a brilliant custodian of Channel 4’s proud tradition of in-depth reporting and investigation and will also oversee our award-winning sports coverage.”