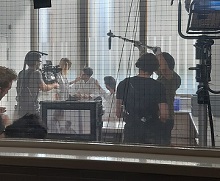 The channel heads sent a letter to the Chancellor to highlight how the crisis is affecting the freelance community.

The letter stresses the importance of freelancers to what is a crucial part of the UK economy:

“As you will know, the UK creative industries now contribute over £100bn to the UK economy. The UK film and television production sectors are a vital and growing area of the UK (growing at five times the rate of the UK economy as a whole).

“Of the creative workers in film and TV, 50% of those engaged in screen production are freelancers, so it is true to say that the global success and reputation of the UK creative industries depends on them.

The went on to say: “The very nature of the freelance community is that they do not have a single anchor employer; they work for the industry as a whole across TV and film, which makes them particularly vulnerable in current circumstances and therefore worthy of government support.

“We are aware of the communication that you have received from various trade bodies and unions representing the freelance sector in the UK creatives industries and we would also urge the Government to take measures to protect the long term health of the UK creative industries, by providing a package of support to freelancers."

A new feature directed by George Clooney will be the first production to use Stage Fifty’s new Winnersh Film Studios in Berkshire.