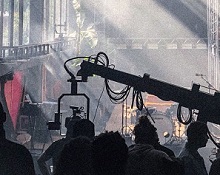 The letter, overseen by the Creative Industries Federation chief executive Caroline Norbury, highlighted the “worrying inequality” being created between the employed and the UK’s community of 5 million self-employed workers and freelancers.

In the government’s “unprecedented economic package”, outlined on Friday, chancellor Rishi Sunak said all businesses could receive 80% of wages for employees that cannot work due to the pandemic, but a similar measure is not in place for the self-employed.

Instead, the self-employed are being given access to Universal Credit, but this takes five weeks to kick in and is only around £92 per week.

The 30 trade bodies are therefore pushing for the creation of a £15bn Temporary Income Protection Fund, which would provide all self-employed workers with a monthly income matching their average earnings over the past three years. The payments would be capped at average UK earnings with a minimum monthly income of the real living wage.

”Our self-employed workforce are a source of incredible creativity, agility, and innovation,” said today’s letter.
“It is vital that they receive support equal to employees and collectively explore, given this difficult time, how such talent could be employed and redeployed to help the national effort.”

Bectu’s survey last week found that almost half of the UK’s creative sector freelancers have already lost money due to the coronavirus crisis, with some predicting losses of up to £40,000 over the coming months.