Eating With My Ex gets a third run 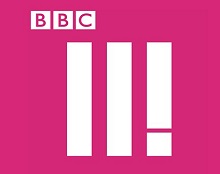 BBC Three dating show Eating With My Ex will return for a third series including four celebrity specials.

The format sees ex-couples reuniting over a meal, as they are tasked with answering awkward questions about why their relationship went wrong.

The 10 x 30 series is from Thames (part of Fremantle). MD of Thames, Amelia Brown, said: “We have seen a tremendous appetite for dating reality shows, particularly those in the 16-24 age demographic, and Eating With My Ex is truly leading the pack here.

“The wonderfully diverse participants and stories that feature on the show has helped it to become one of the most talked about series on BBC Three and we know series three will be just as entertaining.”

Thames, producers of Eating With My Ex are looking for willing participants to feature in season three; find out more by emailing thamescasting@thames.tv.

The executive producers are Amelia Brown and Laura Woolf.