Playing to our strengths 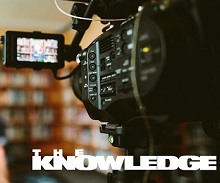 Right. It’s Friday. And it’s been a helluva week...

The screen sector has taken a battering with active prep and physical production shuttering on an unprecedented scale.


Crews are being stood down with no way of knowing when things may get back up – a hugely stressful situation for everyone concerned.


But, get back up they undoubtedly will. Without wishing to sound too Pollyanna-ish, I have been hearing things that are a lot more positive about the long-term view.

Agents continue to track development projects for their clients, getting as prepared as they can to hit the button as soon as things start moving again.


HoDs have told me they are using their spare time to build up networking contacts for the future and The Casting Directors' Guild is advising actors on the specifics of home-taping auditions.


The bounceback, when it comes, is likely to be fast-moving. There will be a scramble to re-assemble HoDs and crews, and studios will once again be under pressure – probably at short notice - to meet the demand.


The UK screen sector is simply crucial to the UK economy, with production spend having hit a record £3.6bn last year. The British Film Commission has just been awarded £4.8m to promote the UK as a destination for studio investment.


The UK is one of just a handful of major international production hubs that can support multiple large-scale projects at any one time, with construction and expansion underway on several studios to further boost its film-friendly profile.

To say nothing of a huge pool of world-class crew and a varied range of locations.


BFI chief executive Ben Roberts issued a statement this week about the plans to support the production industry, including a Covid-19 updates page and a dedicated email address (covid-19.queries@bfi.org.uk) for enquiries.

Regional screen commissions are available to respond to concerns and industry groups and forums are springing up to offer a shared space to exchange information and experiences.


Resources may well have to be diverted in the short term, and we are in no way downplaying the hugely negative fiscal impact currently being experienced by crew and service providers.

But in the long term, it is precisely the quality of those very crews that will ensure inward investment continues apace in the future and production in the UK will return to the purple patch it had previously been enjoying.