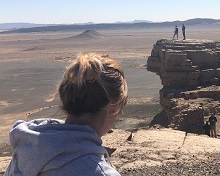 “Many of our junior grades have been waiting for the work boom as we are all very used to the months at the start of the year being quiet.

"Normally the work would start to get busier now but unfortunately Covid-19 has caused many productions in the UK to hiatus meaning even longer periods of unemployment.

"Currently the statutory sick pay does not extend to freelancers so its a troubling time.

“So far we know that many Netflix, Warner Brothers and Apple shows have been put on hiatus - crew are just waiting to see if they will any pay for the periods of hiatus. Most productions have advised a 4 week hiatus which will be reviewed in 4 weeks but could potentially go on for months.

“In an effort to help our department, myself and fellow location manager Vinnie Jassal have setup a GoFundMe page which has currently raised £1500. The aim is to offer means tested relief for those who are struggling. We are not claiming to work miracles but if we can ease a bill or too it all helps.

"We also have companies that deliver consumables and facilities to the film industry with drivers on salary finding them without work to do. 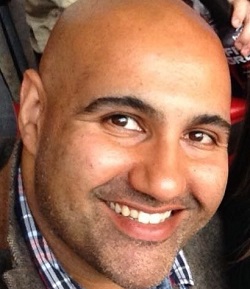 “Spottlesh20 Limited and Autotrak have offered drivers for all areas of London  and Oxfordshire to get food to people in quarantine and Peasnell power are putting their refrigerated trucks to work doing their own version of food deliveries to those that are self-isolating.

“It’s lovely to see those that are usually competitors coming together to help each other.”