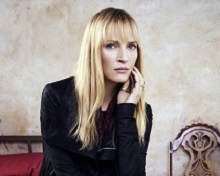 Suspicion is based on the award-winning Israeli series False Flag (from Keshet Broadcasting) created by Amit Cohen and Maria Feldman.

The series will be produced out of the UK by Keshet Productions, Keshet International's UK production arm.

The thriller centres on the kidnapping of the son of a prominent American businesswoman, played by Thurman.

21-year-old Leo’s abduction from a large, upmarket hotel in central New York is captured on video and goes viral. Four British citizens staying at the hotel qiuickly become the prime suspects. But are they guilty of any more than being in the wrong place at the wrong time?