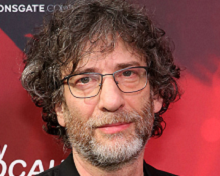 Warner Bros. TV’s forthcoming drama series, Sandman, for Netflix, is set to film at a studio in the London area from May to December this year.

More than four years after New Line’s failed attempt to adapt the graphic novel into a feature film, Netflix and Warner Bros. TV will begin shooting the “big, ambitious” live-action TV series with an 11-episode order at the studio and the surrounding area.

Allan Heinberg (Wonder Woman, ABC's The Catch, Grey's Anatomy) is set to write and serve as showrunner on the straight-to-series drama.

“From its rich characters and storylines to its intricately built-out worlds, we’re excited to create an epic original series that dives deep into this multi-layered universe beloved by fans around the world.”

The Netflix take represents the first Sandman TV series after numerous efforts to adapt Gaiman's horror, fantasy and mythology tale about Morpheus, the Lord of Dreams, and the Endless, the powerful group of siblings that includes Destiny, Death, Destruction, Despair, Desire and Delirium (as well as Dream).