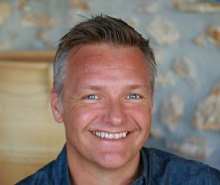 Composer Dan McGrath – together with his composing partner Josh Phillips – have written the title themes and incidental music for a wide range of high-profile shows including Strictly Come Dancing, A League of Their Own, Take Me Out, Vic & Bob’s House of Fools, Shooting Stars, All Star Mr & Mrs and Alan Carr: Chatty Man.

We asked Dan for some background into his career, insight into the changes that may be ahead for the industry, and why working with Vic Reeves and Bob Mortimer ranks among his highlights…

We began by asking Dan about how early on in the production stage he boards a project, and who is responsible for hiring the composer on a show.

“Totally depends on whether the production team have started thinking about the music in relation to where the commission is at. If you get a producer/director who’s keen to be involved because they’re either a music fan (although this can sometimes be a hindrance) or has a definite idea of the direction of the musical ‘world’, they might want to start talking about the main theme etc to make sure you’re on the same page.

“Generally, if you’re pitching you get a matter of weeks (hopefully) to submit something; if you win the pitch the demo will dictate the direction obviously.

“You’re generally hired by who you know… so that can come out of relationships with [the] head of production, series producer, sometimes the director (but mainly in the case of drama/doc/factual  entertainment etc), and sometimes post-production people who may well be looking for a quick fix.”

Did you have to pitch your own services when starting out?

Difficult to pinpoint when I actually “started out”. The first piece of music I wrote for a client was for Barclays Bank for an in-branch video (c.1987) called ‘Why Queue’ to promote to the people in the queue to use the new ‘automated teller machine’ (ATM) outside!

“I got that gig ‘cos I was driving a van for Barclay’s video production facility and the graphics guy asked if I had anything he could use, as I had told him I had synths/recording gear at home and was up for contributing.

“When I (along with the rest of the Virgin Radio Breakfast team), was publicly asked to leave in 2001, I started putting the word out to my friends/contacts etc that I was looking for work, at that point not necessarily writing music but that was a string to my bow.

“The pitch for Strictly came via a producer friend from my Big Breakfast days, and I still have to remind people I’m not retired and available for work…

Does the amount of creative freedom vary from job to job?

“Jim & Bob come over with a definite idea of what the joke is, and nine times out of ten, a good idea of melody/arrangement, albeit in a selection of keys/half-bars/time signatures etc. But if what they first suggest changes they’ll go with it; on occasion you can literally find a weird sound effect or synth sequence and that will spark a ‘bit’.

“The flip side of that is when the music direction veers wildly around due to either a committee or a producer who’s got their iPod on shuffle - we once changed the style of aTV theme about five times over as many days as the producer emailed each day and said 'Can you make it more like KT Tunstall, The Rasmus, Maroon5?', etc etc”.

Can you outline some of the qualities necessary to become a successful composer in TV and an idea of your route into the industry?

“I sent letters to recording studios in the 1980’s, which came to nothing. i was trained by an ex-BBC/ ITV studio sound supervisor and offered up my tracks to be dubbed onto the training films we were making.

“I worked on the sound team on The Big Breakfast which sometimes needed music written overnight so I put my hand up and said I’d do it. I worked with Chris Evans from 1992 – 2001 and contributed music to all his productions - I simply kept saying “I’ll do it”.

Can you describe any changes you have witnessed in the industry in recent years, and any effect they may have had on your career?

“That’s such a big question to answer…

• “The whole land-grab of creator’s rights has been building and subsequently bulldozing our royalty streams for the last 20 years, the fees available born of dwindling budgets have dropped massively over my time. (I sit on the Ivor’s Academy media committee to discuss issues such as this).

• The insistence on the broadcast industry to still see streaming as a new-fangled platform and not a ‘channel’ is frustrating, as it’s allowed the tech giants to dance around the value gap and licensing debate for too long.

• Technology is of course a huge area. The level of competition has increased, due to the rise in modern media/music courses available. Not such a bad thing, but along with the tools now available to anyone who wants to write music, there’s potentially a lot more people considering a career in music; again, not actually a bad thing, it just means your personal relationships are even more important as a lot of what I do is based on trust that you will deliver, on time, in budget and to a very high standard.

• I think voice recognition will be doing some equally brilliant and worrying things in the next few years.

• The explosion of content is brilliant… the key is to educate the production companies/broadcasters/social media platforms etc to value the music and pay the rights-holders fairly and lawfully. 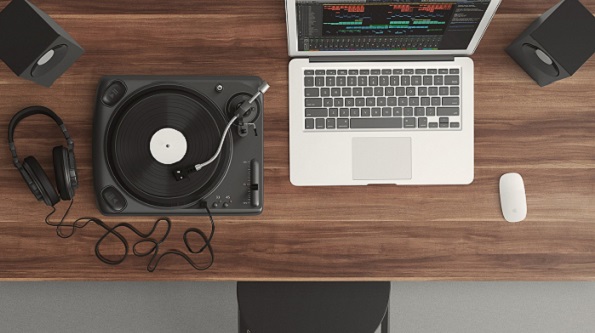 Can you tell us about some of your favourite jobs?

* “Big Breakfast…like going to a party every morning…”

* “TFI Friday…Danny (Baker) would call me, brief me on the music ditties they needed, I’d record them at home, a bike would come and take the DAT tape to Hammersmith and that was that. No feedback/notes/changes (there was no time) - I’d just head down to the studio in the evening and if it didn’t get used it was either because they ran out of time or the jingle was shit.”

* “I’ve had the pleasure of co-creating the music sequence for the London New Year’s Eve fireworks since 2012 (except for a couple of years). It’s not writing music but still really challenging and rewarding.”

*Reeves and Mortimer. They’re both really into their music, really good, calm, funny people, and remind you to channel your inner child every so often.”

Many thanks to Dan McGrath for his time, expertise and insight.