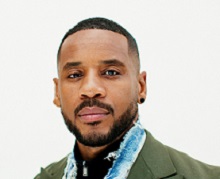 Pirates is a comedy set on New Year’s Eve 1999, following three 18-year-old friends, Cappo, Two Tonne and Kid, as they drive from north to south London in search of tickets to the hottest millennium party in town.

Yates said of the project: “Not only is this feature film an exciting new direction for me personally but I am thrilled to be able to tell a positive story about London, the city I was born, live in and love.

“This film will explore the London I knew growing up and we are very lucky to have some extremely talented up and coming actors to tell this 90’s detail heavy story. It will also make you laugh. A lot.”

The film stars Elliott Edusah, Jordan Peters and Reda Elazouar. It is produced by Polly Leys and Kate Norrish of Hillbilly Films, was developed with BBC Films and is financed by BBC Films and the BFI, awarding National Lottery funding, in association with Magellanic Media Limited.