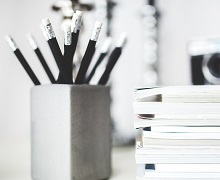 The BBC is aiming to illustrate its commitment to drama in general – last year, five of the top ten new dramas across all broadcasters came from the corporation.

Freeman will star in The Responder, written by ex-police officer Tony Schumacher – his first original series for television.

Drawn from Schumacher’s real-life experiences, the 6 x 60  drama follows Chris (Freeman) as he tackles a series of six night shifts on the beat in Liverpool as an urgent response officer.

Freeman said of the project: “Tony Schumacher's script for The Responder resonated with me immediately. It felt like nothing that I'd read or seen. Great to work with Laurence and Chris at Dancing Ledge again and finding a home at the BBC has been a wonderful start to the journey."

For BBC One, Kit de Waal’s novel My Name is Leon will be adapted by Shola Amoo and Douglas Road Productions. The director is Kibwe Tavares.

The one-off film is set against the backdrop of 1980s Britain – including the race riots - and centres on nine-year-old Leon, a mixed-race boy whose desire is to keep his family together, as his single-parent mother suffers a breakdown.

Lenny Henry, CEO of Douglas Road Productions (part of Endemol Shine), says: “I was halfway through recording the audiobook for My Name Is Leon when I realised I was in love. Kit de Waal’s peerless narrative had me entranced from the beginning and didn’t let me go until the final sentence. Shola’s adaptation does the story great justice and our intention is for the film to similarly captivate.”

BBC One has commissioned a six-part drama titled Chloe from creator and writer Alice Seabright: her first original TV series commission. Chloe will be produced by Mam Tor Productions.

The 6 x 60 is created, written and directed by Seabright, whose recent directing credits include two episodes of Sex Education Series 2. Tally Garner of Mam Tor executive produces alongside Ben Irving for the BBC.

Garner commented: “I am absolutely thrilled that Mam Tor’s first production is with the fiercely talented writer and director Alice Seabright. In Becky she has created a heroine for our time and I am so excited that she will be appearing on BBC One.”

The fourth drama on the new slate is destined for BBC Three: Superhoe comes from writer Nicôle Lecky and Bonafide Films.

Based on Lecky’s one-woman Royal Court show, Superhoe follows 24-year-old Sasha Clayton (Lecky) who dreams of being a singer and rapper, but spends most of her time in her bedroom smoking weed and stalking her ex-boyfriend on Instagram. When she is kicked out of her family home, Sasha is forced to fend for herself by sofa-surfing and eventually moves in with the enigmatic party girl Carly. The drama is told in part through the songs that Sasha creates.

Margery Bone, Bonafide Films CEO and executive producer, says: “From the moment we read Nicôle’s play and heard her unique vision for a music-based drama for screen, we were so excited about this exuberant and funny young woman’s story and what it reveals about social media’s impact on sex work today. We are delighted to be working with BBC on this fantastic show.”

Lecky and Bone executive produce for Bona Fide with Lucy Richer and Ayela Butt for the BBC.

Wenger said of the raft of new commissions: “I am often asked how, in the era of co-production, the BBC can argue that its programmes are unique when so many of them are co-produced. But ideas don’t start off co-produced. Rather, they are born out of numerous creative conversations between writers, producers and commissioning editors, with the aim of making something which is bold, original and unique.

“That often means going against the market with the ideas you are backing, but it’s a testimony to those grass-roots conversations that once ideas become scripts, there is a feeding frenzy for them internationally.

"Development is time-consuming, rooted in trust and financially risky. That is why commercial broadcasters and SVODs don’t develop in the same way that we do, but also why that without the BBC, the drama market would be less vigorous.

"We are the primary incubator of story-telling talent in the UK. In a sector which is so heavily commercialised - I truly believe that there is nowhere else in the world where you can be as creatively free as you can be at the BBC.

"These four brilliant and varied pieces are written by someone who is new to television writing, and it might sound risky, but backing new talent is normal and natural to us.”

So Speedy is one of the main providers of transcripts for the television and film industries in the UK. Over the last decade we’ve grown… more Call: 020 3981 0130   |   Add to Shortlist

Wickens Media Transcription Services specialise in time coded transcripts, post production scripts and translations. We have been delivering quality affordable scripts to the TV and… more Call: 020 7240 6232   |   Add to Shortlist