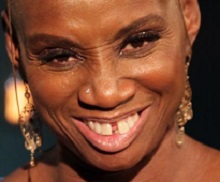 Channel 4 has ordered a bumper run of 30 episodes of daytime show Beat the Chef hosted by Andi Oliver.

Rachel Innes-Lumsden, director of programmes, Twofour, said: “We are delighted to be making another series of Beat the Chef for Channel 4. This re-vamped format ups the chances of the amateur beating some of the UK’s finest chefs.”

The series director is Colin May and the series producer is Stuart Derrick.