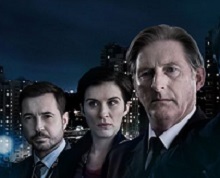 The new run is set 18 months on from the events of series five, with Macdonald playing DCI Joanne Davidson, a senior investigating officer on an unsolved murder case.

Line Of Duty is written and created by Jed Mercurio, and made for BBC One by World Productions.

The new series will be directed by Daniel Nettheim, Gareth Bryn and Jennie Darnell, and the producer is Ken Horn. Executive producers are Jed Mercurio, Simon Heath for World Productions, and Tommy Bulfin for BBC One.

World Productions is also in production on Vigil, a BBC One nuclear submarine thriller filming in Scotland with Suranne Jones, and The Pembrokeshire Murders, an ITV drama based on real events starring Luke Evans.