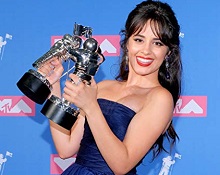 Principal photography begins in the UK today, 13 February, on a new iteration of the Cinderella story starring Camila Cabello.

The musical comedy feature is from Fulwell 73 and Sony and is directed by Kay Cannon from her own screenplay. Filming will run for around two months.

Production Intelligence subscribers have had access to key production information on Cinderella since last spring, including HoDs and studio details.