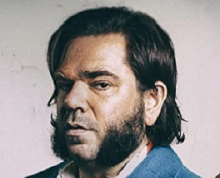 The 6 x 30 comedy is from Objective Fiction out of OMG Scotland Scotland with international partners IFC and all3media international.

Berry said of the show’s return: ”I’m looking forward to Inspector Rabbit returning back to our screens to fight crime in the past. This time he’ll deal with all sorts of unearthly forces, including the Royal Family! Victorian London is presently very much where it’s at.”

Fiona McDermott, head of comedy at Channel 4, added: “Year of the Rabbit is one of the most glorious, gutsy and audacious comedies on TV, made by a fantastic cast and crew who relish every detail. We're thrilled to welcome it back. Here's to more absurd capers in the dark underbelly of Victorian London.”