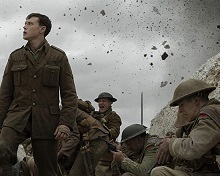 Sam Mendes’ WWI drama was made in the UK and supported by the government scheme.

The film’s producer, Pippa Harris, said: “The UK film and high-end TV tax reliefs have been absolutely crucial [both] in terms of supporting the UK production industry…

“As well as the direct employment a major film creates, there is also a large economic benefit for the regions where shooting takes place. In the case of 1917, we shot across the UK in 12 separate locations, from Glasgow down to Salisbury Plain.”

Research by the British Film Institute has shown that the scheme generates more than £7 for the UK economy for every £1 handed out in tax relief.

Since 2007, when the current creative tax reliefs for films started, more than 5000 claimants have benefitted. There are eight kinds of creative reliefs in total, including those for film and high-end TV. 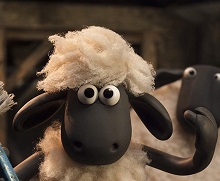 Animation is also a sector that has reaped the rewards. Probably the UK’s most famous animation studio, Aardman, has also taken advantage of the system.

Kerry Lock, finance director of Aardman, said: “These reliefs are often a key part of financing, and some projects simply would not have been produced had they not been available.

"This helps us to continue to produce in the UK and develop and nurture talent.”

Jesse Norman, financial secretary to the Treasury, said:  “Like the rest of this year’s awards season, Sunday’s Academy Awards® highlighted the amazing talent of the UK film industry.

"Creative sector tax reliefs have supported these internationally-acclaimed productions, and ensured that the UK remains a world leader in supporting creativity and innovation in the film industry.

“In 2017, our creative industries made a record contribution of more than £100bn to the UK economy. They play a key role in ensuring that it, and the UK arts scene in general, remain dynamic, diversified and daring.”

To find out more about the UK creativetax relief scheme, click here.

Channel 5 has ordered two series presented by Kate Humble – a new show based around life on her Wye Valley farm and a return of A Country Life for Half the Price.