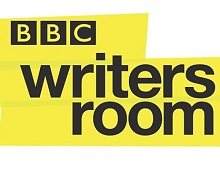 BBC Writersroom has announced its writers for the 2020 TV Drama Writers’ Programme.

This year the initiative will be partnering 11 promising screenwriters with 11 independent production companies, giving the emerging scriptwriters the opportunity to write the first episode of a potential BBC-commissioned original series.

Throughout the year, the writers will attend masterclasses and workshops with established television writers and production teams, and their scripts will be developed with the independent production companies they are paired with.

The aim is that the writer’s series or serial will be taken into full development by the BBC.

Participants in the 2020 programme are:

Anne Edyvean, head of BBC Writersroom, said: “The BBC Drama Writers’ Programme is unique in pairing exciting emerging writers with the leading independent production companies in the UK. We are delighted with this year’s participants, who represent a real range of voices from different backgrounds, regions and cultures.

“We are proud to offer them this prestigious opportunity to tell their original stories and that the BBC continues to invest in new talent in this way.”

A number of writers that have taken part in the TV Drama Writers Programme in previous years have had their projects selected for development by BBC Drama Commissioning.

BBC Writersroom is part of BBC Commissioning. A cross-genre department for scripted content, it works with BBC Drama, Comedy, CBBC, CBeebies, Radio, Online and others to develop new and experienced off-screen talent. It has bases in London, Salford, Glasgow, Cardiff and Belfast.