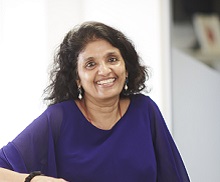 Netflix and Warner Bros. are partnering with ScreenSkills on a pilot scheme to attract more people to join the film and TV sector through apprenticeships.

Twenty people who want to work as broadcast production assistants and production accountants will be employed by ScreenSkills and given organised training.

When they are ‘set-ready’, the successful candidates will go on to take up industry placements with Netflix and across the WarnerMedia Group, including Warner Bros. and HBO.

The programme is supported by the Department for Digital, Culture, Media and Sport, which is investing £100,000 to support the pilot with matching funds from industry.

However, this system, introduced in 2017, requires apprentices to be employed by a single employer for a minimum of a year. As film and television productions can rarely offer continuous 12-month employment, the ScreenSkills pilot scheme aims to find a solution to this challenge.

Production accountants and broadcast production assistants have been identified as roles in high demand where apprenticeship standards have been developed or adapted for screen.

Recruitment will start shortly, with apprentices commencing their placements in the summer. Applications will be particularly encouraged by individuals from groups currently under-represented in the screen industries. Additional qualifications beyond GCSEs in maths and English will not be a requirement.

Anne Mensah, vice-president original series at Netflix, said: “This is an incredibly exciting time for UK film and television and we are proud to partner with DCMS, ScreenSkills and Warner Bros. on this important pilot, as we work to unlock and champion opportunities for everyone, across the industry.”

Seetha Kumar (pictured), chief executive of ScreenSkills, said: “The screen industries are paying millions into the current apprenticeship system, but the freelance and project-based nature of much of the work makes it difficult for all these funds to be used.

“We hope this imaginative trial will stress-test how best to use the funds to train the workers our sector so desperately needs.”

More details can be found on the ScreenSkills website.