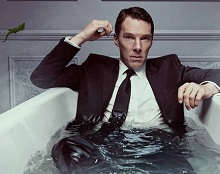 The deal also gives STV the chance to increase its initial 25% stake to a majority interest over the next three years.

Two Cities was founded in 2016 by seasoned industry names Michael Jackson and Stephen Wright, with offices in London and Northern Ireland.

The company has some weighty projects on its development slate, including an adaptation for the BBC of David Burke’s book The Spy Who Came In From The Co-Op: Melita Norwood and the Ending of Cold War Espionage.

It is also developing a series based on Michael Wolff’s book, Fire and Fury, that takes a look behind the scenes of Donald Trump’s White House.

BBC Studios, an original investor in Two Cities Television, will no longer have an interest as part of the deal.

Michael Jackson, executive chairman, Two Cities Television, and Stephen Wright, creative director, said: “We are delighted to be joining forces with Simon Pitts, David Mortimer and his team at STV Productions, a business that feels totally in tune with our own, and one that can very much help accelerate our growth strategy, focusing on nations drama production.”

Small and emerging independent production companies with turnovers of less than £10m per annum are set to get a boost from a new BBC package of support.

Netflix and Gaumont are partnering on a new animated feature based on the children’s adventure novel, High in the Clouds, by Paul McCartney, Philip Ardagh and illustrator Geoff Dunbar.

The battle for Best Independent Production Company at the Broadcast Awards 2020 will be a six-way fight between 72 Films, Firecracker Films, Fulwell 73, Rumpus Media, Sister Pictures and Studio Lambert.

Simplify your expense management and international payments with Caxton Business. Combining the latest technology and currency expertise with an old-fashioned dedication to personal service, we… more Call: 0333 123 1812   |   Add to Shortlist

Easy, breezy expenses. Equals Spend makes it easier to manage your location expenses. Give crew members a card each, load funds when they need it,… more Call: 020 7778 9354   |   Add to Shortlist