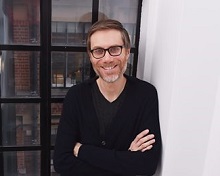 Writer/director Stephen Merchant is heading up The Offenders, a new 6 x 60 for BBC One and Amazon Prime.

Big Talk Productions is making the drama in conjunction with Merchant’s company Four Eyes; filming will take place in Bristol, where the series is set.

The Offenders (w/t) follows seven strangers from different backgrounds who come together as part of their Community Payback sentence.

Their back stories are gradually uncovered and, as they forge unlikely new friendships, they are tested when they come up against Bristol’s most dangerous criminal gang.

Merchant originally created the show – a co-production with BBC One and Amazon Studios - with Elgin James (co-creator of Mayans M.C) and will be the lead director on the series.

Production Intelligence subscribers can log in (from 7 Jan) for a full round-up of HoDs on board The Offenders, including the casting director, line producer and production designer.

Merchant said of the show: "The Offenders’ mix of light and shade, dark and comic, middle-class angst with inner-city grit, reflects the unlikely partnership of me and Elgin. I grew up in suburbia, whereas Elgin spent his early life building a national street gang until a police investigation landed him in prison.

“Despite coming from different sides of the tracks, Elgin and I share a love of convincing characters and authentic, engaging, human stories."

Allen remarked: "Having long admired Stephen’s phenomenal work as a writer, director and actor we’re thrilled to be working with him on his first one-hour TV series, and to continue our long relationships with the BBC, who have been incredibly smart and supportive from the moment we mentioned the idea.

“We’re also equally thrilled to be working with Amazon for the first time on an original production and can’t wait for UK and US audiences to see what I think will be a very distinctive and eye-catching show."