The Knowledge has reported all year on various feature films and high-end TV dramas filming in the UK, but it is on Production Intelligence (PI) that you will find the in-depth detail – such as key HoD hires, studios, locations and shoot dates - of these projects and many, many more.

Here we bring you just a few of our recent PI highlights.

Seasoned director Roger Michell is at the helm of The Duke, a film exploring what was thought to be the UK’s first art heist – the theft of Goya’s The Duke of Wellington from the National Gallery in 1961.

PI was first with the news that Michell would direct, and subsequently provided details on the key HoDs as they boarded the project. 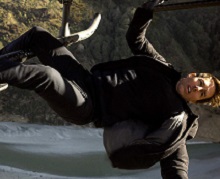 PI confirmed in September that the next two films in the hugely successful Mission: Impossible franchise would shoot back-to-back in the UK, and also provided a comprehensive round-up of the crucial UK production team.

Christopher McQuarrie will be calling the shots from his own screenplays for both features, with Cruise returning to join the producing team.

The dinosaurs are coming… the third in the series of Jurassic World films has bedded into pre-production at a UK studio, with details confirmed on PI. Colin Trevorrow is at the helm to direct with Bryce Dallas Howard, Chris Pratt, Laura Dern, Jeff Goldblum lined up to star. 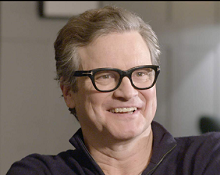 Colin Firth and Matthew Macfadyen star in Operation Mincemeat, a dramatisation of remarkable events that took place during the Second World War.

The film is based on the book by Ben Macintyre which recounts the story of two intelligence officers who used a dead body and false papers to outwit German troops in 1943.

It was added to PI in early July and there followed full details on the budget-holders and decision-makers.

This is just a handful of the recent news breaks that PI subscribers have enjoyed. Once a subscriber, you will find many, many more, and can use the ‘follow’ function to tailor your own email alerts about the projects or people you’re interested in.

To book a free online demo of the site, click here.

Grand Chauffeurs was formed in 2003 and over the years has gained a vast experience in providing executive chauffeur driven car hire & transportation for… more Call: 07949 502150   |   Add to Shortlist