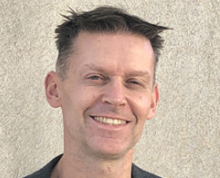 Harrower is currently director of licensing at PRS for Music, one of the largest collecting societies in the world.

During his time at PRS, Harrower (pictured) has secured more than £250m per year in royalties for music composers, songwriters and publishers, leading negotiations with the major UK broadcasters and SVoD companies.

Commenting on his new role, Harrower said: “I am excited to be joining Directors UK, it is a fantastic organisation doing great work on behalf of creative authors.

“I have been impressed by how Andrew Chowns and his team have raised the profile of Directors UK and made it the strong membership organisation it is today at the centre of the UK film and television industry.

“I am looking forward to having the opportunity to build on this solid foundation, to working on behalf of all members and to leading Directors UK into the next decade.”

Directors UK has more than 7,000 members; it negotiates, collects and manages the rights to payment for all directors working in the UK.

Following our recent feature highlighting production activity in Wales over the last year or so, we can now bring you the second part.

BBC News has outlined its plans for how it will make adjustments to scheduling and content due to the continuing Covid-19 crisis.

Professor Lyndsay Duthie is Head of School for Film, Media and Performing Arts, University for the Creative Arts.

Screen Scotland has announced that First Stage Studios Ltd has been appointed to run a large-scale film and TV studio in Edinburgh’s Port of Leith.