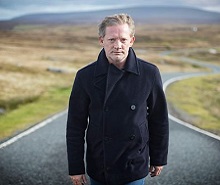 Creator David Kane is joined on writing duties by Paul Logue for the two 6 x 60 runs; Kane also executive produces alongside Kate Bartlett for Silverprint Pictures and Gaynor Holmes for the BBC.

Series 6 and 7 will film in 2020 and 2021 respectively, with production on Series 6 expected to be up and running in the spring in locations in the Shetland Isles and around Scotland. Louise Say produces.

Bartlett said of the re-commissions: “I’m so thrilled to be making two more series of Shetland for the BBC, with our wonderful Scottish cast and crew.

“David Kane creates distinctive and emotionally complex narratives that unfold against the stunning, evocative landscapes of Shetland, with DI Jimmy Perez (Douglas Henshall) at the heart of it all.”

The drama is adapted from Ann Cleeves’ series of books and first aired on BBC One in 2013.