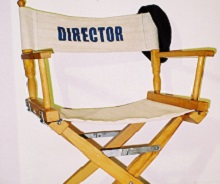 Directors UK, the professional association for screen directors, has today launched its Directing Nudity & Simulated Sex Guidelines, the first of their kind in the UK.

The new guidelines aim to set clear and shared professional expectations that apply to everyone involved in making sensitive content, with the aim that they will become standard working practice within the industry.

It covers rehearsal techniques, directing scenes of sexual violence, planning shots so they adhere to individual contract clauses, and finding creative solutions to challenges that occur on set.

The guidelines were produced in consultation with Directors UK member directors, industry bodies and with professionals from across the disciplines to ensure standardised best practice throughout the industry.

The guidance is supported by BAFTA, BFI, the Casting Directors' Guild, Equity and the Writers’ Guild of Great Britain as well as industry advocacy groups ERA 5050 and TIME’S UP UK.

Susanna White, Directors UK Film Committee Chair, whose work as a director includes Trust and Parade’s End, said: “The director, as the creative lead on a production, should set the tone for a professional and respectful on-set environment.

“We are all here because we want to tell compelling and impactful stories, and no member of a cast or crew should ever be put in a position where they feel unsafe, exploited or mismanaged — especially when making sensitive material.

“Throughout my career, I have seen how vitally important it is to know how to approach sensitive content with professionalism. The guidelines created by Directors UK set the standard for directing intimate scenes, and will help to foster a safe working environment for everyone on a film or television set.”

The full guidelines can be found here.