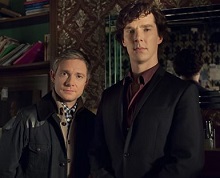 The Pinewood Group has confirmed that it has served notice to end its agreement for the studio in Wales with effect from next spring.

The news comes after the company held discussions with the Welsh government about the current deal, which covered the sales and marketing of the studio, as well as the studio operation and management services.

Paul Golding, chairman, Pinewood Group Limited, said: “Pinewood is known across the world as a leading provider of studio space and the last decade has seen the value of film and television production in Wales more than double.

“Wales now has a robust and mature market, with the three main studios in Cardiff currently running at capacity.  Our decision will enable us to concentrate on our growth plans, including our extensive expansion at Pinewood and Shepperton Studios.”

Deputy Minister for Culture, Sport and Tourism, Lord Elis-Thomas, said: "We have worked closely with Pinewood throughout their time in Wales and utilised the company’s industry knowledge to get the best economic outcomes for Wales and make it a thriving and established location for film-makers.”~

He went on to say that film and TV productions funded by Welsh government – including those made by Pinewood and Bad Wolf – have spent in excess of £100m in Wales and created more than 2000 full-time equivalent jobs.