George Clooney films for Netflix in the UK 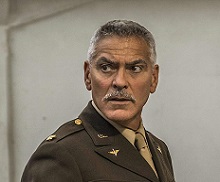 George Clooney’s latest feature is deep into pre-production in the UK with filming set to begin later this month.

Clooney directs and stars in the Netflix film – currently using a working title – that is based on Lily Brooks-Dalton’s novel Good Morning, Midnight.

The post-apocalyptic book has been adapted by screenwriter Mark L Smith, whose credits include Overlord, The Hitman’s Bodyguard and The Revenant.

The story centres on Augustine (Clooney), a lonely scientist in the Arctic, as he races to make contact with the crew of the Aether spacecraft who are trying to return to Earth.

Some of the filming will take place in Iceland with Felicity Jones among the cast. Clooney also produces with his Smokehouse Pictures partner Grant Heslov and Anonymous Content.

Production Intelligence subscribers have had access to full details on this film since June, with updates including the working title, studio, shoot dates and a round-up of key UK HoDs.