Death on the Nile films with Gal Gadot 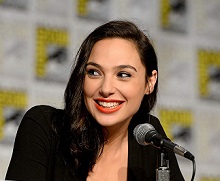 As with his previous Twentieth Century Fox/Agatha Christie outing, Branagh will be calling the shots from a screenplay by Michael Green.

That feature, which was filmed using 65mm cameras, went on to take almost $353m at the worldwide box office, off a production budget of around $55m.

Filming on Death on the Nile will run until Christmas with the production base at Longcross Studios.

Branagh is also to executive produce and star in A Gentleman in Moscow, a TV adaptation of Amor Towles’ novel set in 1920s Russia, directed by Tom Harper.