All Creatures Great and Small gears up 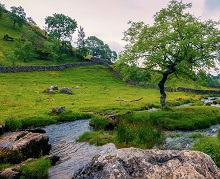 Filming begins in Yorkshire in mid-September on Channel 5’s reboot of All Creatures Great and Small.

The new adaptation of James Herriot’s much-loved stories about life as a Yorkshire vet comes from Playground – with Masterpiece co-producing - and will comprise six episodes and a Christmas special.

Filming will run for around four months on the series, which is being made with funding and support from Screen Yorkshire through its Yorkshire Content Fund.

Callender said at the time of the commission announcement: “The series will embrace the fun and the nostalgia of revisiting the England of the past, while celebrating Herriot’s values that, despite all our current upheaval, still underpin British life today.”