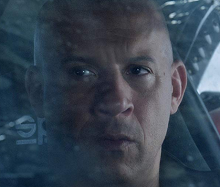 The ninth film in Universal’s Fast & Furious franchise is set to shoot in Edinburgh in September.

Filming will take place over four weeks in the city’s Old and New Towns with around 275 local hires among the 800 crew members involved.

Edinburgh’s film office Film Edinburgh and the City of Edinburgh Council have been working closely with the production team for the past nine months to facilitate all aspects of the production schedule across the World Heritage site locations.

Director Justin Lin said: “Edinburgh is such a unique and iconic location and we are incredibly excited about the opportunity to celebrate it in the Fast & Furious saga. The support from all local agencies, businesses and the community has been invaluable in helping to coordinate this shoot.

"We appreciate the entire city’s help and are excited to have such a beautiful and historic city in the film.”

Rosie Ellison, head of Film Edinburgh, said: “Following our involvement with Avengers: Infinity War and Endgame, we could demonstrate that the city has the ability to host such a large-scale production but were nonetheless thrilled when the Fast & Furious filmmakers confirmed that Edinburgh had been chosen as a filming location for the next outing of this hugely popular franchise.

"We will continue to work closely with the production to ensure its smooth-running of the location shoot across the city.”