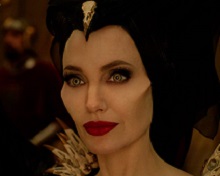 Film productions including Wonder Woman 1984, Downton Abbey, Horrible Histories and Maleficent 2 contributed just over £700,000 towards supporting skills and training in 2018/19, the skills body ScreenSkills has announced.

A total of £703,483 from 72 productions funded the Film Trainee Finder trainee placement programme and training in shortage areas such as script supervisors, production accounts and grips.

All training programmes have recruitment targets aimed at improving inclusion in the industry alongside some training specifically commissioned to support groups currently under-represented in the industry.

Gareth Ellis-Unwin, ScreenSkills’ Head of Film and Animation, said: “We all know the scale of challenges in the industry, including the need to diversify the workforce at a time when production is booming. So we are incredibly grateful to all those who do contribute to the Film Skills Fund.

“The amounts involved are modest, a small percentage of UK production spend, and so much more could be done if everyone paid in. We need the whole industry to help change happen. The skilled screen workforce is the bedrock of the UK’s production success.”

Iain Smith, producer and chair of the Film Skills Fund, said: “I urge my fellow producers to do the right thing in contributing to the Film Skills Fund. We all know that the skilled workforce – alongside the tax credits and studio space – are a hugely important part of what makes the UK one of the best places in the world to produce films. It is important that we all help to find and develop diverse talent.”

Productions pay 0.5% of UK production spend up to a figure capped at £41,800 last year. The figure has been raised to a maximum of £55,000 per production for 2019/20 after the Film Skills Council discussed the scale of the skills challenge.

The 2018/19 total compared with a record £937,768 contributed for investing in skills and training a year earlier. The decline in contributions follows a fall in the number of mid-level film projects and hence of revenues received and a small number of refusals from big-budget productions.

Films that contribute can access the trainees supported by the Film Skills Fund on ScreenSkills flagship Trainee Finder placement programme. The investment also supports other training to tackle skills gaps and shortages and improve diversity and inclusion across the industry.

Locations trainee Ziggy Gray, who worked on Ammonite in her native Dorset after experience on placements included How to Build a Girl, said: “I love my role as I’ve always enjoyed travelling and being outside. But without ScreenSkills, I don’t think I would have had the courage to get the contacts I needed or find a way in.”

Fodhla Cronin O'Reilly, producer on Ammonite, said: “We wanted to do our bit to support new filmmaking talent by paying into the Film Skills Fund and offering opportunities to trainees on Ammonite. They proved to be a great asset – well-prepared for working on set, professional and eager to learn. It was a positive experience all round.”

Hair and make-up trainee Sophia Mascarenhas, whose placements included the film 1917 where she ended up being taken on for the whole Sam Mendes/Steven Spielberg project, said: “It provides a great support network, with someone always on hand if there are any problems. The other trainees also create a great support community. And the workshops on finance, CVs and interviews have also been great.”

The fund also invested in training and career development for a further 400 screen professionals including script supervisors, set decorators, production accountants and potential stunt workers from black, Asian and minority ethnic backgrounds as well as people working in distribution and exhibition. Bursaries were distributed to more than 100 applicants.

More than £4 million was raised in total from industry contributions last year with high-end television the biggest contributor at £3.3 million.