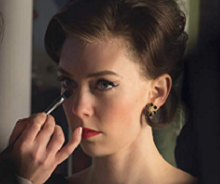 Filming begins on 19 August on the fourth series of The Crown with the seven-month shoot based at the production’s usual home of Elstree Studios.

Series 4 is expected to focus on the Diana years, as it moves towards the backdrop of the 1980s with Emma Corrin lined up to play the late princess.

Gillian Anderson is also on board to play Margaret Thatcher.

The series is loosely based on writer Peter Morgan’s stage play The Audience and his 2006 film The Queen.

Left Bank Pictures is expected to produce at least another two series after this one, totalling a possible 60 episodes; the first run of ten episodes reportedly cost around £100m to make.

Much-garlanded, the show films extensively in many historic locations, having previously shot scenes at sites including Eltham Palace, Hatfield House and the Royal Naval College.

Production Intelligence subscribers can log in for more details on Series 4 of The Crown, including key production personnel.