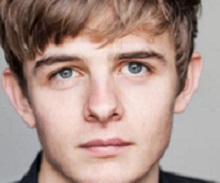 Filming on the new Alex Rider drama series is due to wrap in the next couple of weeks.

The majority of the shoot has been centred in London and the Home Counties, with three weeks in Romania where the mountain resort of Sinaia doubled for the Alps.

Guy Burt has adapted Point Blanc, the second book in Anthony Horowitz’ series about the adventures of the reluctant teen spy, for Eleventh Hour Films.

Otto Farrant (pictured) stars as the eponymous secret agent, with a cast including Andrew Buchan, Stephen Dillane and Vicky McClure.

Filming began in March on the eight-part run with Andreas Prochaska directing the first four episodes; it is made in association with Sony Pictures Television (SPT).

Eleventh Hour Films is also developing Rendlesham, based on the real-life reports of a UFO incident, which allegedly which took place at a US air base close to the village of Rendlesham, Suffolk in 1980.

Laurence Fishburne joined the project, which is also being made with SPT, as executive producer at the end of last year.