Cameras roll on Will Ferrell’s Eurovision 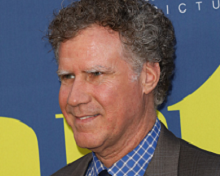 Principal photography is underway in the UK on Eurovision, produced by and starring Will Ferrell.

Filming is based in the UK with some scenes having been shot earlier this year during the actual Eurovision Song Contest in Israel.

Location filming will also include Iceland.

Ferrell filmed in the UK before – in 2017 he starred in and produced Holmes & Watson, co-starring John C Reilly, which was based at Shepperton Studios and took in locations including Hampton Court Palace.

Eurovision is one of several inward investment projects currently making their mark in the UK – others include Tom and Jerry, The Batman, The Great and Enola Holmes.