Death on the Nile sets up UK shoot 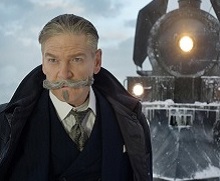 Kenneth Branagh is preparing to direct and star in Death on the Nile, a big-screen adaptation of Agatha Christie’s classic murder mystery.

Branagh will reprise his role of Hercule Poirot, whom he first portrayed in 2017’s starry Murder on the Orient Express (pictured).

He has reportedly so far attached a similarly A-list cast for Death on the Nile, including Letitia Wright, Armie Hammer, Gal Gadot and Tom Bateman.

As with his previous Christie outing, also for Twentieth Century Fox, Branagh will be calling the shots from a screenplay by Michael Green.