The Dig to film in the UK 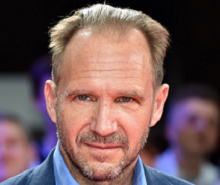 Nicole Kidman and Ralph Fiennes are preparing to film period feature The Dig in the UK later this year.

The film centres on the hugely significant archaeological excavation at Sutton Hoo in Suffolk in the late 1930s.

Australian director Simon Stone will be calling the shots from a screenplay by Moira Buffini, which is an adaptation of the novel by John Preston about the discoveries made at the site and the personalities involved.

The film has been in development for some time, and is now solely under the wing of producer Gabrielle Tana of New York-based Magnolia Mae.

Production Intelligence subscribers can log in for details on the shoot dates, locations and key production personnel including the co-producer, UPM, casting director, production designer and DoP.

Fiennes has recently been filming his role of M in Bond 25 while Kidman has been working on The Undoing, a psychological thriller for HBO co-starring Hugh Grant, which she also executive produces for her company Blossom Films.