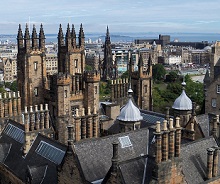 Filming wraps this week on Belgravia, a period drama from Julian Fellowes for ITV and Epix.

Adapted by Fellowes from his own novel and produced by Carnival Films, Belgravia follows events set in motion at a society ball on the eve of the Battle of Waterloo.

Much of the shoot took place in Edinburgh with the city doubling for 19th century London. Other Scottish locations included the stately homes of Hopetoun and Manderston.

Filming is due to finish next month on another Julian Fellowes period drama, The English Game, which has been shooting largely in the north of England to tell the story of the creation of the game of modern football.