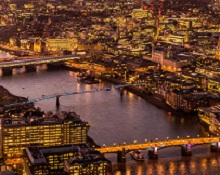 Filmarket Hub has announced that submissions are open for its second London TV Pitchbox event.

Applicants can submit their scripted drama projects for the chance to be one of seven selected to pitch to executives from top production companies.

The event is held in partnership with the Raindance Film Festival and is aimed at British TV drama series in development.

The seven chosen projects will be announced on 28 August with the event to be held on 20 September in London, with pitching coaching offered to the candidates in the interim.

Last year, Harry Smyth’s project Coldline made the final selection, and is now in development at Salon Pictures.

The deadline for submissions this year is 14 August; click here for full details.