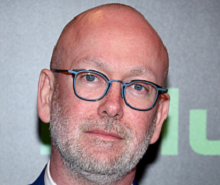 Luther creator Neil Cross has penned a new ITV drama, Because the Night.

Euston Films is producing the four-part series that is inspired by Cross’ own novel, Burial.

At the centre of the story is Nathan, well-meaning but directionless, who has a terrible secret for which he has spent years trying to make recompense.

The writer said of the commission: “I’m truly excited to be working with ITV to make Because the Night.

"It’s one of my favourite stories: a tale of psychological suspense, of guilt and ghosts and murder. Oh, and love. Always love. Our job is to make viewers want to sleep with the lights on. We're looking forward to it.”

Euston Films was relaunched in 2014; their first production was Hard Sun for BBC One.