Bridgerton to film this month in the UK 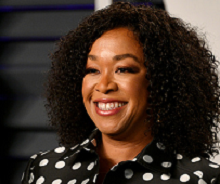 A major new period drama based on Julia Quinn’s best-selling Bridgerton novels is due to begin filming in the UK later this month.

The series is from Shonda Rhimes’ production company Shondaland for delivery to Netflix and centres on the powerful Bridgerton family – eight close-knit siblings living in Regency London.

Chris Van Dusen created the eight-part drama that will take in various London locations during the seven-month shoot.

He also executive produces alongside Rhimes and her Shondaland producing partner Betsy Beers.

The Bridgerton project is one of eight that Rhimes is set to deliver to Netflix in a deal signed last year, and one of many major inward investment productions currently setting up home in the UK.