The Great to film full series in the UK 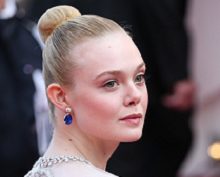 A full series run of The Great starring Elle Fanning and Nicholas Hoult is due to begin filming for Hulu in the UK later this year.

Produced by LA-based MRC (Media Rights Capital), the period drama is described by Hulu as “a genre-bending, anti-historical ride through 18th Century Russia following the wildly comic rise of Catherine the Nothing to Catherine the Great.”

The commission follows a pilot that also filmed in the UK last year.

Hulu also used the UK for its TV reboot of Four Weddings and a Funeral, that began shooting in November last year.

Production Intelligence subscribers can log in for more on The Great including key HoDs.