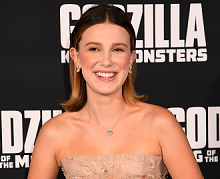 Enola Holmes, a new film starring and produced by Millie Bobby Brown, is in production in the UK.

The film is based on The Enola Holmes Mysteries – a series of six books by Nancy Springer about Sherlock’s sister who also investigates mysteries.

In the YA novels, Enola is twenty years younger than her already-famous detective brother Sherlock, to be played in the film by Henry Cavill.

The film is one of several major inward investment projects underway in the UK this summer.

Others include Will Ferrell’s Eurovision; Hulu’s The Great and a new live-action/animation hybrid reboot of Tom and Jerry.

Subscribers can log into Production Intelligence for more on all these projects; non-subscribers can click here to request a free online demo.