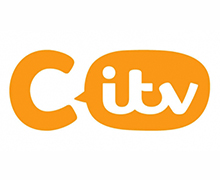 CITV has outlined its shopping list for new programmes as part of a tranche of programming supported by a BFI initiative.

The Young Audiences Content Fund (YACF) is managed by the BFI and awards government funding for UK-produced children’s television.

Paul Mortimer, ITV’s director of digital channels said: "CITV is thrilled to support the Young Audiences Content Fund and to be working in tandem with the BFI on an initiative that will deliver more high quality, UK-produced kids television than could be achieved without it.

"We look forward to taking receipt of ideas that will enlighten and entertain our core audience of 6-12yr olds."

For more details on the specific CITV wishlist, click here. For more on criteria to qualify for YACF funding, click here. The deadline is 30 August.