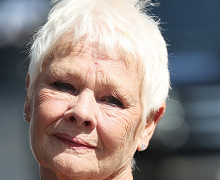 Edward Hall directs from a screenplay by Leonard, Moorcroft and Piers Ashworth.

Coward’s original play centres on a socialite and writer who invites an eccentric clairvoyant to hold a séance at his house, to provide material for his next novel.

It was famously made into a film by David Lean in 1945, starring Rex Harrison and Margaret Rutherford.

Filming on the new feature will run for seven weeks.

James Spring and the producing team at Fred Films are also working on a sequel to Fisherman’s Friends and a biopic of Dragons’ Den success story Levi Roots.