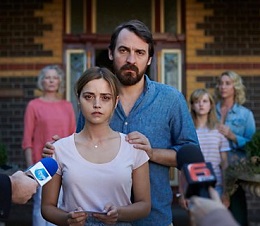 Film and TV shoots delivered production spending of more than £1m to the Argyll and Bute region of Scotland last year.

More than 40 separate shoots filmed in the area, which includes the Isle of Mull and the islands of Jura and Islay.

High-profile productions included a three-day commercial shoot for Stella McCartney’s autumn fashion line on the Mull of Kintyre, while TV show Sky Arts Landscape Artist of the Year filmed at Inveraray Castle on the shore of Loch Fyne.

BBC drama The Cry (pictured) shot scenes in the village of Arrochar on the Cowal peninsula.

“The value of screen industries within the UK and Argyll and Bute continues to increase due, at least in part, to UK tax relief and Netflix as a highly popular and successful streaming service,” said Pippa Milne, executive director of development and infrastructure at Argyll and Bute Council.

“In addition, the recently established Screen Scotland has invested £20m into the development and support for screen industries in 2018/19.

“To take advantage of this growth, we are looking to continue to develop our existing service through an enhanced online experience, engaging with our customers and continue to proactively attract productions and to market the area for film tourism.”

Scotland is continuing to build its production profile, with new studio infrastructure planned for Edinburgh in the next year.