The Knowledge's sister site, KFTV - the international website for production services around the world - is hosting a networking event at Cannes Lions in June on the Radisson Blu Roof Terrace.

Around 150 guests will attend on 20 June, including individuals from advertising agencies, production companies and post-production facilities. The event is being sponsored by Sagafilm of Iceland, Delight Rental Services of Germany and Mental Film of Turkey.

Sagafilm is Iceland’s largest production service companies and hires up to 1,200 contractors every year for commercials, TV shows and film shoots. 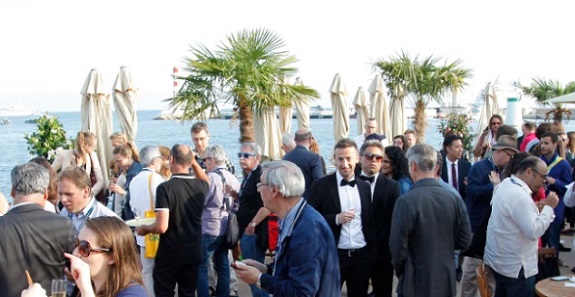 Delight Rental Services has offices in Berlin, Stuttgart and Marbella in Spain, and specialises in equipment rental.

Mental Film is based in Istanbul and offers production services throughout Turkey and internationally.

The networking session will take place from 6pm to 8pm.

For more information on sponsorship options or for invitations contact Sarah Keegan on 0208 102 0939 or by clicking here.

The Duchess films for Netflix with Katherine Ryan

Writer/actor/producer Katherine Ryan has begun filming The Duchess for Netflix.