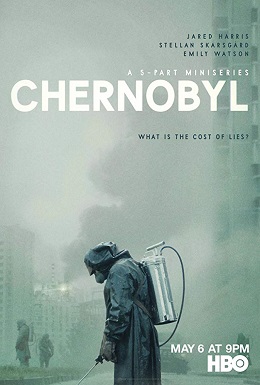 Produced by Sister Pictures in London and directed by Johann Renck, the five-part series charts the infamous meltdown of the Chernobyl power plant in Ukraine in April 1986 and its horrifying aftermath.

“Alongside a functioning tax credit, War & Peace had recently been filmed in Lithuania and that had worked out very well for them,” says Chris Fry, a co-executive producer on Chernobyl, in comments to The Knowledge.

“The country also had a selection of ex-Soviet buildings and a variety of other authentic locations that suited our needs.

“I had previously worked with service company Baltic Film Services and had a good experience with them – they’re the best people in the area.”

Lithuania also offered Ignalina Nuclear Power Plant, a former station in the east of the country near the borders with Latvia and Belarus, which was in fact originally built as a ‘sister’ site to Chernobyl itself.

The design fault that led to the Chernobyl disaster was subsequently corrected at the Ignalina facility but the site was gradually closed from 2004 as a condition of Lithuania’s entry to the EU.

When Sister Pictures arrived in the country to shoot Chernobyl the plant was in the process of being fully decommissioned and taken apart altogether.

“We spent a year negotiating access to the plant for what became ten days of filming,” says Fry. “There was so much infrastructure on the site built around transporting electricity, along with long corridors that you couldn’t see the end of – it was a real time-warp experience.”

The production team built a back lot at Kino Studija – colloquially referred to as Martynas Studio after the facility’s owner – which is situated just outside Vilnius. Key sets included an exterior façade of the Chernobyl reactor and the team used production offices and apartments.

Location filming also took place across Vilnius and in Kaunas, 60 miles west of the capital.

Two weeks of production took place in Kiev, with assistance from Radioaktive Film, whom Fry describes as a “brilliant” service company.

“We went to Kiev for exterior street shots and for buildings with grander architecture,” Fry tells The Knowledge. “Ukraine itself is a production challenge as there’s no tax credit support and it felt politically risky.”

Radioaktive is among the highest-profile service companies in Ukraine, with recent credits including Armando Iannucci’s satirical period movie The Death of Stalin.