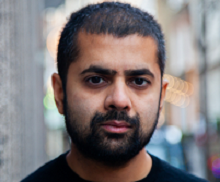 This year’s Media Production Show is held on 11 and 12 June at Olympia London.

Across the two days there will be a wide range of exhibitors showcasing their latest offerings, as well as a packed schedule of seminars, panel discussions and masterclasses featuring many industry experts and well-known names.

Among the sessions on Day Two is a Colourists Masterclass with Molinare senior colourist Jateen Patel (right), whose recent feature credits include Mission: Impossible - Fallout, Strike Back and The Hitman’s Bodyguard.

We asked him to provide a little insight into his role ahead of this year’s event.

Can you sum up the role of the colourist?

“You are essentially the main person in the picture finishing team to execute the creative HODs’ aesthetic visual intent of their story or project whilst delivering this at the highest consistent technical standard for distribution.” 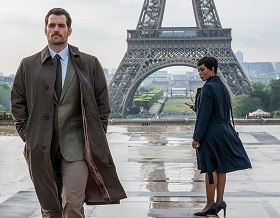 What was your route into the industry?

“Without clearly understanding what a colourist was but intrigued by the little bit I was told from a friend telling me that it'll be something I'd be interested in at our Uni graduation, I jumped into post and became a runner not so long after at one of the many companies I dropped my CV off to in Soho.

"After running at a couple of companies during that summer my first position in the colour world was an assistant at a film lab called Todd-AO in Camden..”

At what stage do you join a project?

“Depending on the project, I could be involved from pre-production and/or production. For example, reading the script and having conversations with the DoP and director is nice. Doing camera/make- up tests, providing show LUTs [Lookup Table – how the look of a certain scene is decided and used as a starting point for the grading] and advising on lens choices at this stage is a positive experience that helps your understanding immeasurably when reaching the final grade.

“I usually ask to have access to the dailies so I can view the rushes when I can to aid this further. During production you're asked to look at shots that are of concern too. Often, however, you may get involved when they have already finishing editing so it's quite a short time until everyone is in the grade. So it can all vary.” 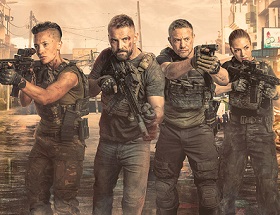 Which aspects of the role do you find most fulfilling?

“Any projects that are fun and challenging and where you work with nice people, or where I'm advancing my technical and creative abilities. Obviously grades that want something different from the norm - that push boundaries - is a bonus.

”I get a buzz from any new discoveries I make, streamlining and solving problems which may not be project-related but have positive impact on the DI [digital intermediate] process elsewhere in the finishing departments.

"Projects that have a high amount of pressure are always the things I enjoy the most and are the ones I always have good memories of.”

Can you outline the key skills needed to be a colourist?

“Determination; a diplomatic and positive nature; creative sensibility; technical aptitude and a general passion for what you do.”

To register for the Media Production Show, click here.