The Father filming in London 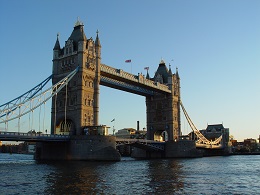 A film adaptation of stage play The Father has started a four-week shoot in London with Anthony Hopkins and Olivia Colman.

The story follows an elderly man suffering from dementia and his shifting relationship with his adult daughter, who balances her love for her father with a new role as his carer.

French novelist and playwright Florian Zeller wrote the original play that opened in Paris in 2012. The play was adapted into French-language film Floride by director Philippe Le Guay in 2015.

Christopher Hampton translated the play for a launch on UK stages in 2014 and is credited as co-writer on the new English-language film with Zeller, who also directs.

David Parfitt of Trademark Films is producing alongside Philippe Carcassonne of Cine@ in Paris.

Hopkins’ recent high-profile credits include The Pope, a film for Netflix from screenwriter Anthony McCarten and director Fernando Meirelles.

Colman recently won multiple awards, including an Oscar and a BAFTA, for her performance as Queen Anne in Yorgos Lanthimos’ period movie The Favourite.