Brave New World to film in Wales and London 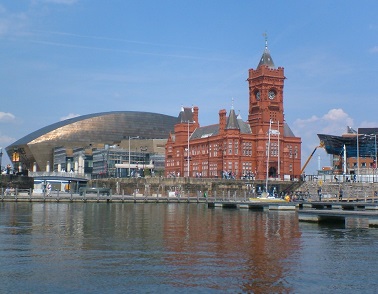 A new adaptation of Aldous Huxley’s Brave New World is setting up to film in the UK.

The inward investment project is from Amblin’ Television and Universal Content Productions for delivery to the USA Network.

The hefty series comprises 10 x 60 episodes and has a large team of UK HoDs already on board. The majority of the shoot will take place in Wales with some in London.

Based on Huxley’s groundbreaking 1932 novel, Brave New World has been adapted for television by David Wiener with Grant Morrison and Brian Taylor.

Owen Harris will direct the first episode and joins the roster of executive producers.

Recent figures published by the BFI showed the impact of high-end TV inward investment projects on the UK production spend.

In the 2018-2019 financial year, 69 of the 118 high-end TV projects that began filming in the UK were inward investment projects or international co-productions – an increase of 21% on the previous year.

More details on Brave New World - including a round-up of key crew - are available on Production Intellience. Non-subscribers can click here to request a free online demo.

The Witcher 2 to film in Scotland

The second series of The Witcher is gearing up to film in the UK with locations including the Isle of Skye and London. The Netflix fantasy drama will also shoot in the Czech Republic and Slovakia.